Sarah Tucker wants to banish the word ‘sorry’ from working mums’ vocabulary by providing a truly flexible career for her new recruits.

All too often new parents find themselves apologising to the boss when their children get sick and they have to take time off, or when they have to rush home as soon as their shift is finished.

The Mortgage Mum founder believes that broking is the perfect role to fit alongside family life. Tucker has already had a momentous year after competing on ITV’s The Voice in the spring, but she is now pouring all her energy into proving The Mortgage Mum concept. She has just recruited five women to work under her brand as self-employed advisers, with plans to take on between five and 10 more brokers every quarter after this. Of the five women she is mentoring, two have recently passed their CeMap exams, while the other three are still in training. All have young children and have found it difficult to juggle childcare around jobs with rigid working hours.

As mum to Sienna, six, and Joshua, three, Tucker understands how difficult this can be. “Companies say they are flexible, but I don’t think we are there yet,” she says. “There is still a guilt element if you are continually walking out the door earlier than everybody else. I am trying to get mums to stop saying sorry. It is not our fault, we are just juggling a hell of a lot. I want to offer true flexibility so that no apologies or explanations are needed.”

Part of the problem, Tucker believes, is that some employers feel the need to micromanage staff. “Some companies think they need to keep staff on a tight leash,” she says. “But if you put people in the driving seat they make good decisions.”

Tucker, from Leigh-on-Sea in Essex, has been a broker for four years. Initially she was part of a network before moving to directly authorised firm Affinity Mortgages. Her brand, The Mortgage Mum, which launched in January, has been set up as an appointed representative of Affinity. She was quick to appreciate the importance of social media and built a following by posting helpful mortgage videos online. They proved so popular people started recognising her when she was out and about.

Chatting to other parents, she began to appreciate how lucky she was to have found a balance between work and family. “I met loads of mums, some of whom didn’t work and felt bored and unfulfilled,” she says. “Then there was another category of mums who were killing themselves trying to make ends meet and working all their evenings and weekends.” 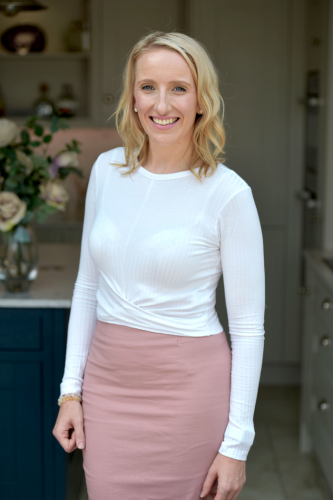 She began to see the potential of not just helping the mums she met take charge of their own mortgages rather than leaving it to their husbands, but also offering them a career opportunity.

“I realised that if I could normalise mortgages for the mums I met at the school gates and turn them into brokers, it would tick so many boxes. It doesn’t matter to me if they want to work from home in their joggers – I do too. I’ve tried and tested doing the role alongside school runs and found a way to make it work, so I feel confident taking other mums under my wing.”

Earlier this year she set up a Facebook group called Mortgage Mums in Training to see what kind of appetite there was. She posts advice and live videos, and has picked her first five recruits from among its ranks. As well as supporting her trainees remotely by phone, email and video call, Tucker is running a one-day course this month to take them through the mortgage process from start to finish. Once they are ready to get started, they will access sourcing systems, client management software and compliance support via Affinity, but under Tucker’s oversight for a £199 monthly fee plus a cut of commission.

Kelly Goring from south London discovered Tucker on Instagram after passing her CeMap exams in July. She was seeking mortgage broker roles and searching relevant hashtags when she came across #mortgagemum. It was a happy coincidence to discover Tucker was recruiting. Having worked in estate agency, lettings and property management for 10 years, Goring knew a little about mortgage broking and felt it would allow her more time with her daughter Aminah, six, and son Ashley, two.

“Working alongside other women appealed to me because they have a much better understanding of what you are going through,” she says.

As a newly qualified broker, Goring does not yet have Competent Adviser Status, so she could not just set up shop on her own. But joining a big network or an estate agency where she would be locked in to working set office hours did not appeal. Through The Mortgage Mum, Goring can train for CAS while setting her own schedule. She can also keep up her work in property management until she is on a firmer footing. “Being able to pick up my kids from school and not be stuck in an office at half term will make a huge difference,” she says.

Mum-of-three Shelley Walker from Hockley in Essex passed her CeMap exams in August while on maternity leave. She managed to fit her studies alongside caring for new baby Charlie, who is now 11 months, and his brothers Jackson, three, and Toby, five. “I was up at night feeding Charlie and then doing the school run,” she says. “I had to grab an hour wherever I could to cram in study.”

But through a combination of online training and a fast-track course from Simply Academy, Walker qualified within four months. She was inspired to train as a broker after speaking to Tucker. The pair met as they are both reiki practitioners on top of their many other interests and responsibilities.

Walker, who is still on maternity leave from her role as a commissioning manager for social care, enjoys her current job, but says it is high-pressured. “I feel like I’m failing at everything,” she says. “They would like me to be full-time, but I would like to be at home full-time. When I go back to work I’ll be paying £1,000 a month for childcare alone. So I asked myself if it was worth paying someone else to look after my children when that is what I wanted to be doing.”

Walker plans to launch her mortgage broking career this month before going back to her social care job part-time in November. She intends to carry on in that role until her broking business is fully off the ground. “I’m chomping at the bit,” she says.

Elenor Tidmarsh from Solihull is one of Tucker’s recruits who is still in training. Like many of the mums she took advantage of a Groupon deal which offers CeMap Training online study materials for £99. She currently works in exports and commutes for an hour and a half each day, while her husband Greg works up to 70 hours a week as a lorry driver, making it hard to manage childcare for seven-year-old daughter Lily.

It was chatting to her own mortgage broker that inspired Tidmarsh to consider a career change. “She said I would be really good at it because I like helping people. It is not like being a doctor where it is life or death, but someone is really benefiting from your advice.”

Tidmarsh started training in July and plans to take her first exams this month. “I found Sarah on Instagram when I was researching mortgage advisers,” says Tidmarsh. “She has done amazingly well and to be able to give other people the opportunity to do the same is brilliant. It means I will be able to go to more of my daughter’s events at school. I don’t want her to miss out on having someone there to say ‘You did a great job.’”

Victoria Turner from Chelmsford has also recently started her CeMap training. After being made redundant from her job as an office manager when pregnant with Chloe, who is now 20 months old, she started waitressing in the evenings. It was the only time when her husband, a transport planner, could take over childcare for Chloe and her four-year-old sister Abigail.

“Three nights a week my husband and I literally cross each other in the hallway. He gets home at 5.45pm and I have to be at work by 6pm,” Turner explains. She also found Tucker on Instragram. “The opportunity that Sarah is offering is quite unique. She is a great role model and someone I can learn a lot from.”

Mei Fernie from Leigh-on-Sea started training a month ago and hopes to be qualified by Christmas. She has two school-age daughters, Sophia, 11, and Amelia, nine. Fernie previously worked in the Square Mile in a trading support role, commuting every day from Essex.

“I would drop off my daughter at nursery by 7am and get to work for 8.30am. In the evenings I would have to leave work just as the markets were closing, which was frowned upon.”

Fernie quit the City four years ago and set up her own buy-to-let portfolio, managing the properties herself. But she craved a role with more human interaction to complement her property business. Fernie found out about The Mortgage Mum online, although her children attend the same school as Tucker’s.

“I was thrilled when Sarah offered me the opportunity to work with her considering I’m not qualified yet. I would like to think I can potentially be a specialist in the BTL sector.”

Tucker is keen to stress that The Mortgage Mum branding should not be a limiting factor on future recruitment. “Lots of people have joked with me about launching The Mortgage Dad and making it a full family brand,” she says.

“I’m definitely open to the idea, but I also think that if we can carve out the way to make flexible working a success, other firms will follow suit. Men deserve flexibility too. You don’t have to be a mum, either. I want to encourage women because there still aren’t enough of us in the mortgage broking industry and actually we are really good at it.”